New Skilling: What Does It Mean And How To Achieve It? 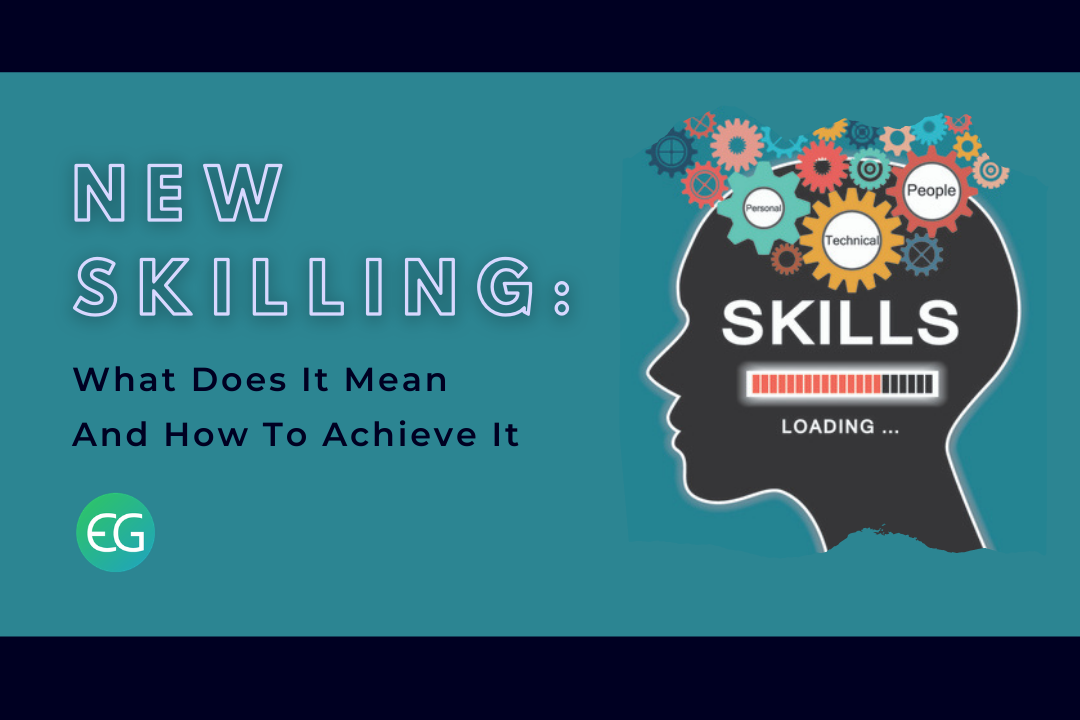 Emerging technologies were already evolving the skills workers needed to excel in the workplace prior to COVID-19. It might seem that the world is evolving faster than it has ever been before. Every week, it seems, a new technology, app, pattern, or method of working emerges, rendering the previous one obsolete. These changes should be anticipated by your business. Traditionally, companies would anticipate developments in their industry and hire new employees to address them if new skills were required that the organisation did not already have. In several industries, however, this is no longer possible. Since progress is so rapid, this strategy would necessitate regular rehiring.

Prior to the pandemic, as many as 87 per cent of executives polled said their companies were either experiencing or expecting skill shortages over the next few years. Moreover, 74% of CEOs expressed concern about a shortage of critical skills among their workforce. Companies are struggling to find candidates with the skills needed to keep up with and engage with emerging technologies such as artificial intelligence (AI), predictive analytics, and blockchain as they become more prevalent. In reality, more than 80% of talent acquisition practitioners recognise a clear ability deficiency in their organisation.

All changed after that. COVID-19’s growth accelerated companies’ adoption of digital networks and remote work models that they weren’t really prepared for. Employees and employers were forced to adapt on the fly to rapidly changing circumstances and responsibilities that necessitated a completely new set of skills. For several, the gap between necessary and actual skills was even more pronounced.

Work must prioritise planning and proactivity over-reactivity in the post-pandemic future. No one knows what the future holds, so concentrating on discovering and improving future abilities before they become a requirement is a sure bet. And it all starts with the workers’ upskilling and reskilling.

So, in this age of rapid change, what will companies do to remain afloat? One strategy is to concentrate on skilling, upskilling, and reskilling, rather than seeing each employee as having a fixed-job. This enables you to transform your workforce without having to recruit new people, enabling you to better meet the demands of modern business.

What Is New Skilling?

Skills shortages are affecting industries all over the world. By 2020, France is expected to need 80,000 more IT and electronics employees than will be available, while the United States will have 250,000 fewer data scientists than it requires. Despite the fact that basic digital skills are needed for about 90% of all new jobs in the UK, 23% of people lack them.

So, what is the solution? Taking current members of your organisation and educating them is one choice. This eliminates the need for you to seek out consultants, and it also gives your workers an opportunity to remain with your company for the sake of their advancement.

This necessitates a change in the way you handle recruiting. Businesses should concentrate on hiring workers with the ability to learn new skills, searching for attributes such as excitement and willingness to learn. Given the fact that top talent is likely to become increasingly scarce as time passes, this may be the only viable option.

Companies will need to continue to hone their employees’ skills to remain competitive and agile as technology advances and the pandemic shapes the modern world of work in ways we aren’t even aware of yet.

New skilling is a mindset of continuous learning that allows an organisation to remain agile and adaptable in the face of any challenge. Companies should commit to new skilling by determining which skills would be most in-demand in the future, assessing any skill shortages in their workforce, and developing long-term skilling programmes.

94 per cent of employers said they expect workers to learn new skills on a regular basis in the Future of Jobs survey, which was released in October 2020.

The aspirations were tinged with a sense of urgency. In the next six months, 40% of employers expect their workers to require new skills.

Companies are struggling to find candidates with the skills needed to keep up with and engage with emerging technologies such as artificial intelligence (AI), predictive analytics, and blockchain as they become more prevalent. In reality, more than 80% of talent acquisition practitioners recognise a clear ability deficiency in their organisation.

So, What Exactly Is New-Skilling?

There is a need for newly emerging skills as a result of the advancement of technology. Simply put, workers are constantly adjusting to a new environment, and the skills they need to perform their jobs are constantly evolving.

When an employer agrees that new skills are required for any employee to learn, work, and collaborate, this is known as new skilling. This is for the greater good of the company, not just to advance inside a position or change career paths.

How Do You Achieve a New-Skilling Culture?

One of the most difficult aspects of workplace digitization is that it necessitates continuous upskilling.

Employers, on the other hand, don’t know where to begin.

After all, to fulfil AI and deep learning, tomorrow’s skills would take an intricate combination of technological wizardry.

As a result, a new-skilling approach must be adaptable enough to the digital environment. It’s important to know where the company is going and to make sure the employee growth priorities are in line with the overall strategy. From there, you’ll be able to determine which skills are required to expand the company and whether or not they already exist.

Line managers decide whether their staff need upskill training in a top-down culture. However, in more agile settings, this is often insufficient. Some of the most forward-thinking employers are allowing workers to play a larger role in their own personal growth. They encourage employees to make suggestions and use people analytics, behavioural, and efficiency tools to figure out where hidden skills can exist. In this context, everybody owns shifts in skilling. With upskilling and reskilling, they become an integral part of the business culture.