Traditional Tactics nowadays are of no use to attract top talent as they are bombarded with LinkedIn messages, ads and recruiting emails, these candidates have options. If we don’t opt for a proactive approach then this talent will slip through the net.

‘Out-of-the-box’, creative recruitment campaigns have helped some companies interact in a unique way with candidates and send their application processes viral.

Here are the 7 most creative recruitment campaigns that we’ve seen, all amazing ideas that will appeal to your innovative side… 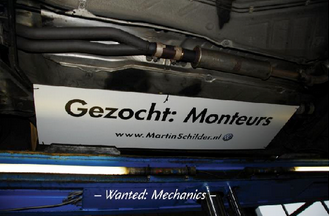 If you know other good examples of successful and extraordinary recruitment – don’t hesitate to share them in the comments!

This content was brought to you by Evalground Online Testing Platform. Evalground is an online assessment and test evaluation system focused on helping Recruiters in the initial screening of potential candidates from an ocean of job seekers in an automated way.Evalground supports Online Aptitude Tests, Spoken English Communication Skills Assessments, Coding Contests in JAVA, C, C++, Ruby, Python, JavaScript and PHP.  Evalground also supports Automated asynchronous interviews. Evalground Screening Tests can be used by Recruiters during campus hiring or to screen walkin candidates.